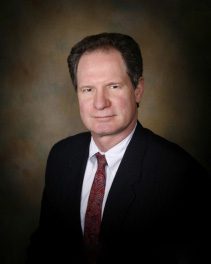 Michael Ray Hedges, an esteemed lawyer, friend and trusted advisor to so many, passed unexpectedly on October 3rd, 2022 at the age of 68 in Austin, TX.

Mike graduated from Texas A&M University, summa cum laude, in 1976 and went on to Baylor School of Law. He was a very successful trial lawyer for Goode, Casseb, Jones, Riklin, Choate, & Watson for the last 22 years. Mike tried dozens of jury trials, some lasting weeks. He concentrated on civil litigation, especially land use and title disputes. Mike had highest possible peer review rating for both Legal Ability and Ethical Standards, and was an Associate Member, American Board of Trial Advocates, a national organization of invitation-only, peer-reviewed trial lawyers. He was also a Fellow of the Texas Bar Foundation. Mike was a “take-charge” lawyer, a tireless and fierce advocate for his clients over the course of 43 years.

Everyone who knew Mike, knew his passion for Texas A&M and commitment to the Aggie spirit. As chairman of the A&M Scholarship Committee for over twenty years, he helped countless young men and women pursue their hopes and dreams through scholarships towards a higher education.

His generous and kind-heart touched the lives of so many. He selflessly shared his wisdom and comforting words in a way that impacted people’s lives forever.

He will be missed by all that knew him, and our thoughts and prayers are with the Hedges family.

In Carreon v. McDonough Bros., Inc., 621 S.W.2d 440 (Tex. Civ. App. San Antonio 1981), Mike represented McDonough Bros. in a lawsuit in which Plaintiff appealed a verdict in McDonough Bros. favor in a personal injury case and then failed to show cause why the statement of facts should not be disregarded.

In Gleitz v. KMart Corp., 1996 Tex. App. LEXIS 5225, 1 (Tex. App. San Antonio Nov. 27, 1996), Mike represented K-mart in a lawsuit in which Plaintiff appealed a judgment in K-marts favor in a personal injury case. The appeal was dismissed for want of prosecution.

In Johnson v. Pico Petroleum, 2001 Tex. App. LEXIS 3299, 1 (Tex. App. San Antonio May 23, 2001), Mike represented Pico Petroleum in a lawsuit in which Plaintiff appealed a judgment in favor of Hedges client in a personal injury case. The appeal was dismissed after the matter was settled.

In Willmann v. City of San Antonio, 123 S.W.3d 469 (Tex. App. San Antonio 2003, pet. denied), Mike represented the City in a lawsuit in which former municipal court judges sued the City alleging that an ordinance that included recommendations for the appointment of new judges was void because it violated the Texas Constitution, the city charter and the Texas Open Meetings Act. Plaintiffs appealed a summary judgment in favor of the City. The judgment in favor of the City was affirmed on appeal to the Fourth Court of Appeals, except as to an issue on which the Court of Appeals felt there was question of fact, and the Supreme Court denied Plaintiffs petition for review. The case was settled during the trial of the remaining issue.

In BTEX Ranch, L.P. v. Kendall County, 2008 Tex. App. LEXIS 6114, 1 (Tex. App. San Antonio, 2008), Mike represented the County in a land use case. Developer appealed a temporary injunction enjoining it from continuing the development of a residential subdivision by using or constructing a road without first complying with the County’s Subdivision Regulations. The matter was settled by entry of an Agreed Judgment that enjoined Developer from violating the County’s regulations.

In Borden Park, L.P. v. City of San Antonio, 2006 U.S. Dist. LEXIS 62729, 14 (W.D. Tex., 2006), Mike represented the City in a lawsuit in which Plaintiff sued the City regarding four large billboardtype signs, city ordinances regulating them and permits which were not granted related to them. In the press, this was called the “Ugly Signs” or “Star Storage” case. Plaintiffs made multiple claims under the Texas and U. S. Constitutions. After a three week jury trial, the jury unanimously denied all of Plaintiff’s claims for monetary relief. Although the Court granted some of what Plaintiff requested, the Court ruled in favor of the City as to most issues and denied all requests for damages.